As part of a soundscape project we are undertaking in conjunction with the Ashdown Forest Centre, we offer a brief insight into how the first in a series of wildlife sound recordings were made for a soundscape composition relating to the Ashdown Forest. An exert of this particular recording, which documented Tawny Owls in their natural habitat pair bonding, was published in the Sound Magazine of the Wildlife Sound Recording Society (WSRS), edition 201.

After liaising with the Ashdown Forest Rangers, we were informed that the general area of Charles Smith Wood would be a good place to record a vocally active group of Tawny Owls. 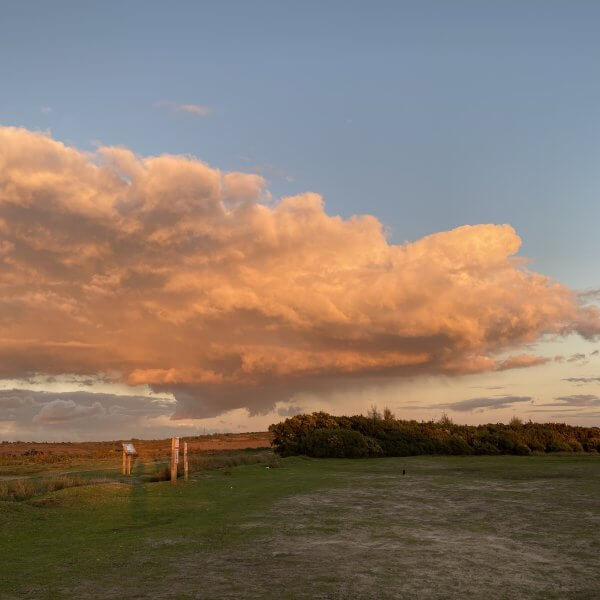 1) Wild clouds up by Friends Clump, accompanied by an interesting visitation from some undercover police. 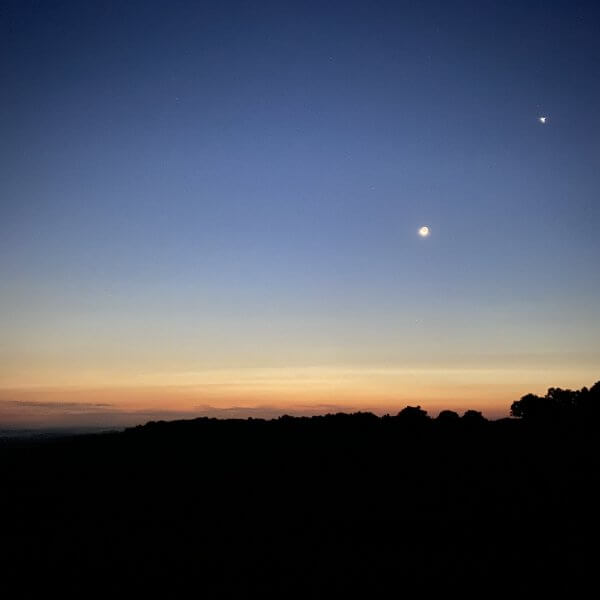 2) Boradstone Car Park on Ashdown Forest at first light in the spring time, with the moon and Venus in the sky. 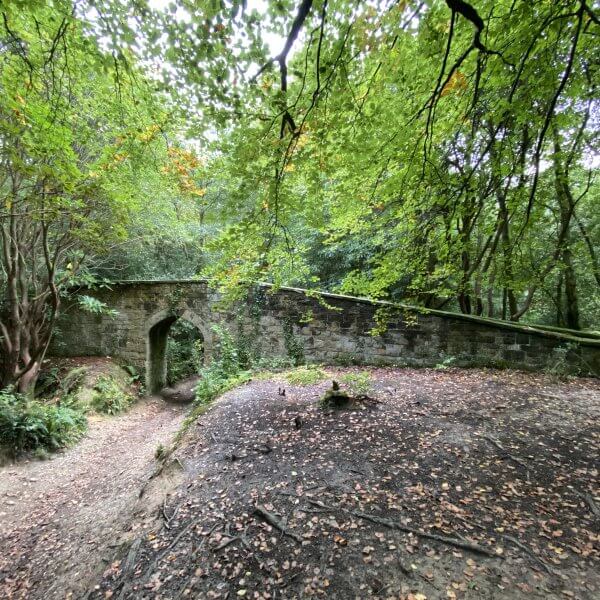 3) And old sandstone bridge at Chelwood Gate by Mill Brook.

As such, Audiomoth recorders were deployed on the 9th of October at four different locations around Charles Smith Wood, spaced between 500 m to 750 m apart from one another. A GPS unit was used to record the exact locations of the recorders, as these tiny units can be hard to re-locate after deployment.

The locations at which these recorders were left are as follows: 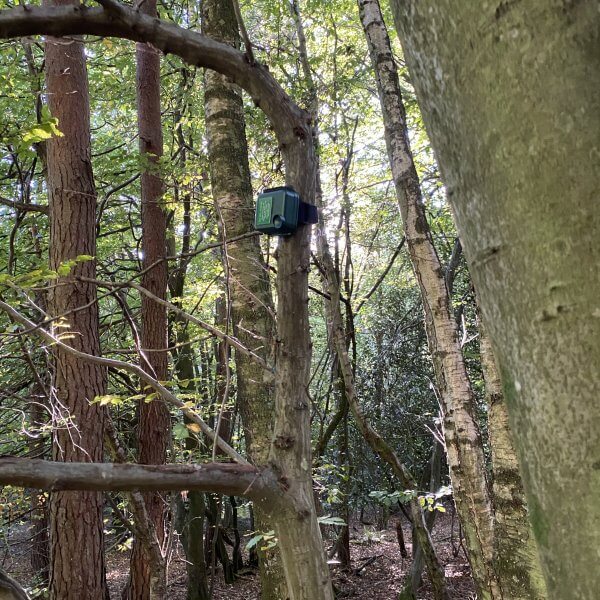 4) First Audiomoth of the day armed and deployed.

5) Audiomoth deployed in a grove of Ash trees nearby Mill Brook.

6) Last Audiomoth deployed, with a trusted helper in the background.

Each Audiomoth was set to record two 6 hour long files each day, one between 18:00 hrs and 23:59 hrs, and the other at 00:00 hrs and 06:00 hrs. The recorders were left in the field for a period of 5 days and were then retrieved. The recordings were then loaded into a DAW and the .WAV files were then reviewed visually for amplitude spikes that may indicate wildlife calls. Listening around these spikes gave a good indication about sounds and wildlife located in these areas. After reviewing these files, it was determined that owls were located only at one site, that of Chelwood Vachery.

The following week, I returned to the site where the owl calls had been noted on two separate nights, doing so without any recording equipment, just simply to listen and note the owls’ habits and movements.

From what I could tell (from just siting and listening in the dark immediately after sunset), there were around 6 owls spread out over this area in Charles Smith Wood (GPS co-ordinates: N 51 degrees 02.942’ – E 00 degrees 01.546’). Vocalisations are scattered (the majority sounding distant) but they tended to be markedly vocal and active immediately after sunset for 30 minutes, and then settle down into calling out every 40 minutes or so, starting with one owl calling several times, followed by another elsewhere, and then another (almost like a Mexican wave in the way they overlapped) until they settled back into silence again for a period of time (this period of silence varied markedly during my two visits). Saying that, I never stayed on site past 10:30pm, mainly as I felt uncomfortable sitting in the dark with the random chestnuts dropping around me, breaking that soft easy silence and triggering the primeval part of the brain which kept me feeling unsettled enough so that shadows began moving out the the corner of my eye. !

On the 23rd of October 2020 I returned to the site just before sunset and set up a stereo microphone array (Sennheiser MS rig with an omnidirectional MKH-20 and ‘figure of 8′ MKH-30, enclosed in a Rycote Windshield, paired with a Sonosax SX-R4+ recorder) under the tree where the most activity was noted on the previous two nights, and then laid a 50 m length of cable to a remote location under some Laurel bushes and sat there for ~3 hours recording (18:00 to ~21:15). Am glad to say it paid off. There was a lot of activity around 8:00pm onwards, with interesting variations in the calls as well as a lot of movement from the owls. The stereo recording gives one some perspective on the owls’ movements in and around the area, which the Audiomoth’s mono recording lack.

The two main recordings provided to WSRS were subjected to some background noise reduction in post (using iZotope’s RX7), as the ever present sound of the A22, A275 and Gatwick flight path could not be avoided at this location. Oddly, when listening with my ears on location, I could not hear the road at all from where the microphone was positioned, which shows how sensitive microphones generally are to background noise.

Hopefully will return when the rain eases off (!) to make a surround sound recordings with a DMS microphone array, as feel this would provide a good spatial recording documenting the positioning of the owls in a circular plane.

We are very grateful to the Ashdown Forest Rangers who very kindly gave me permission to make these recordings on Ashdown Forest, not to mentioned their helpful tips on to where to find Tawny Owls on the forest. Also a big thank you to Simon Elliott at the WSRS for his advice on getting this recording ready for publication in the WSRS’ Sound Magazine, as well as for his help in linking us up with other sound recordists in the area who have been involved with projects relating to Ashdown Forest.